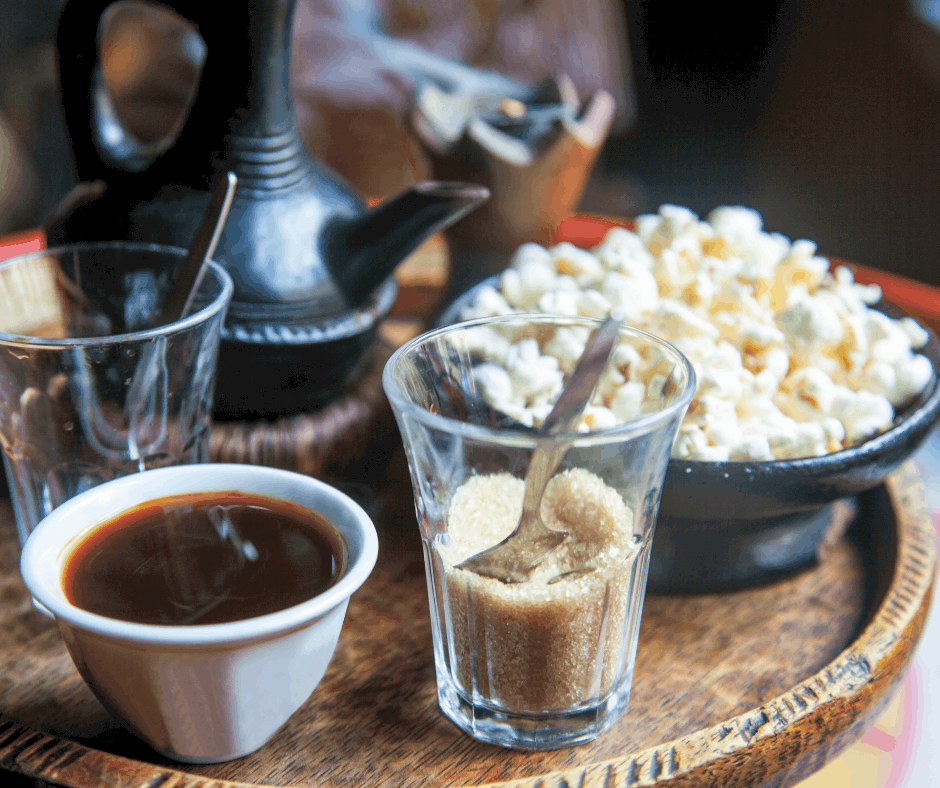 Ethiopia has a strong coffee culture, and with good reason. Along with coffee playing a critical role in the lives of its people, coffee is also essential for the Ethiopian economy. More than 12 million Ethiopians are involved in the local coffee industry, giving them stability and a greater appreciation for the plant.

Whether you’re looking for the best coffee in Ethiopia or simply want a better understanding of Ethiopian coffee tradition and history, here’s what you need to know about coffee culture in Ethiopia. 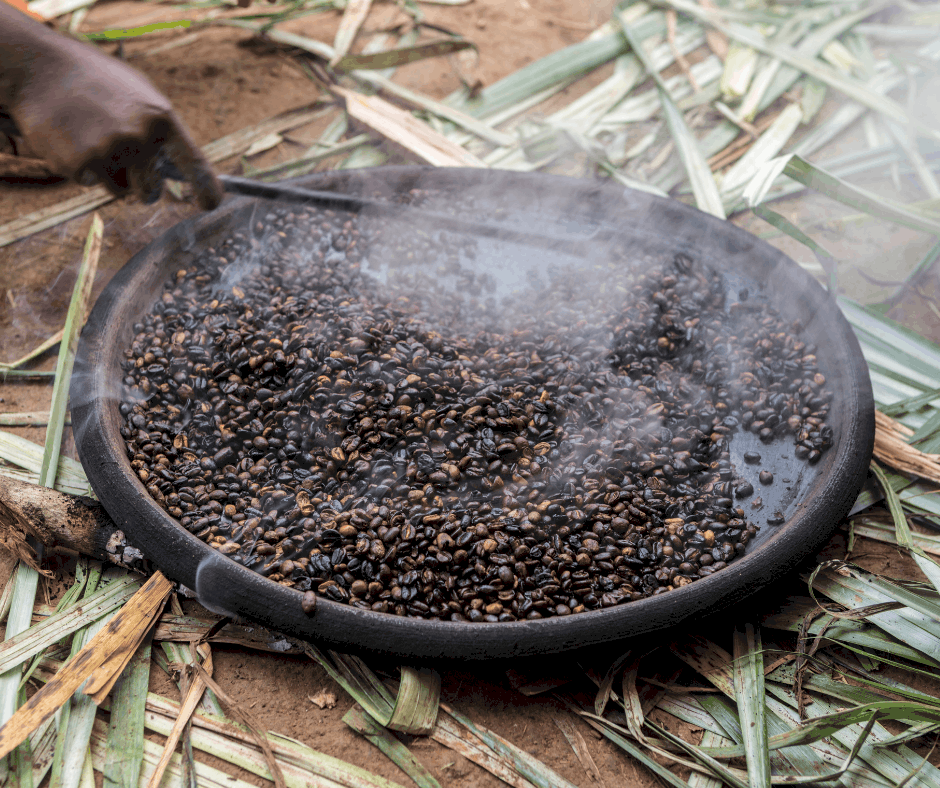 In Ethiopia, coffee isn’t just a drink or a crop; it’s a way of life. Many of their local expressions reference coffee, demonstrating how ingrained it is in their culture. For example, “Buna dabo naw” means “Coffee is our bread,” highlighting just how vital they view the plant to their lives.

The history of coffee in Ethiopia also plays a big role in the country’s coffee culture. While no one knows for certain, many believe that Ethiopia is the original home of the coffee plant.

A legend states that a goat herder named Kaldi discovered the potential delectable beans somewhere around 850 A.D. After noticing that goats that ate specific berries had more energy, he became curious about them, trying some himself.

After also experiencing an energy boost, he reported what he found to a nearby monastery. While they were initially skeptical, the monks became intrigued, leading them to create a drink that allowed them to stay alert long after their evening prayers.

While the legend is intriguing, many historians believe that coffee was used by people long before that. Some believe it was used in Kaffa – a former province in Ethiopia – as an energy source back in the 7th century. During that time, the beans were chewed. In some cases, ground-up beans were mixed with ghee (clarified butter) to add flavor and make them more nutritionally valuable.

However, while there is debate about how coffee got its start in Ethiopia, its role in modern culture is clear. Along with an Ethiopian coffee ceremony being developed, coffee drinks increasingly became a part of daily life.

Today, coffee plays an integral role in social interactions. The phrase “Buna Tetu,” which translates to “Drink coffee,” refers to gathering together. It’s less about the drink specifically and more about spending time with those who matter most, serving as another demonstration of how ingrained coffee is in the local culture.

While enjoying coffee together, people often discuss daily life and even engage in gossip. However, they’ll also talk about more pressing issues, viewing those they have coffee with as treasured confidantes. 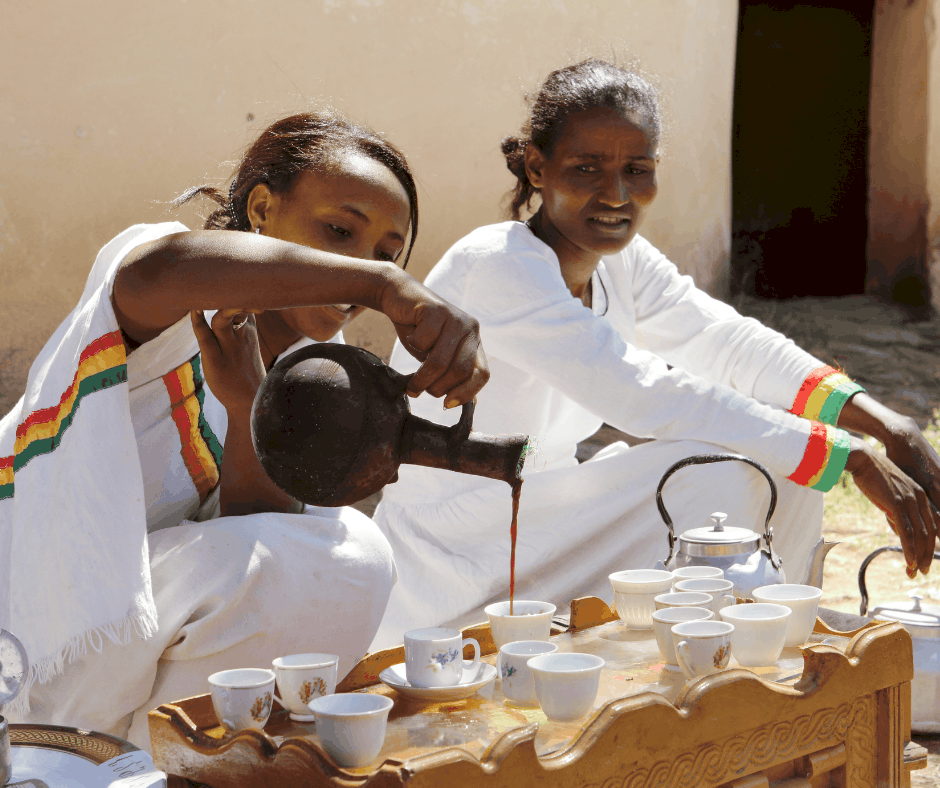 In the Ethiopian culture, the coffee ceremony is considered essential in many communities. A woman in the household traditionally performs it. Each session can take two to three hours, and the ceremony might occur three times daily.

The traditional coffee ceremony in Ethiopia is as much social as it is spiritual. People will gather to converse as the coffee is prepared. However, coffee is also believed to facilitate spiritual transformation, making participation even more meaningful.

Typically, the Ethiopian traditional coffee ceremony begins with raw, unwashed beans. As incense burns in the background, a jebena – a clay coffeepot – is filled with water and placed on hot coals.

Some green coffee beans are cleaned and roasted in a pan. During the roasting part of the Ethiopian coffee ceremony, the beans are stirred until they reach at least a medium brown, though some continue until the beans are essentially black.

After roasting, the beans are ground using a tool that’s akin to a mortar and pestle. After grinding, the coffee is added to the jebena, and the water is brought to a boil. Once boiling, the pot is removed from the heat, and the coffee is ready.

A series of small glasses are positioned close to one another. The prepared coffee is poured into the cups using a continuous stream, aiming to fill the glasses equally without ever stopping the pour.

All participants can then enjoy their drink, adding sugar if they wish. Usually, after the first round is finished, there are two more servings, with each cup having spiritual significance.

There are some variations that people may encounter, including the addition of spices, butter, or honey. In some cases, snacks are prepared, as well. However, the process above gives you a solid idea of what usually occurs.

Types of Coffee in Ethiopia

When it comes to the types of Ethiopian coffee beans, arabica is the main kind you’ll find in the country. However, many of the beans are considered heirloom varieties. The coffee is open-pollinated and has slowly developed over hundreds and hundreds of years. As a result, the plants become part of a multigenerational heritage, augmenting coffee’s role in the local culture.

While the Ethiopian coffee types are mainly limited to arabica beans, the number of varieties may number in the thousands. Along with larger developers, wild-grown coffee is still found in the country. Plus, many households and communities have smaller gardens, each with a unique version of the coffee plant.

How to Order Coffee in Ethiopia

Ordering coffee in Ethiopia is reasonably simple. Most cafés have very specific options available, giving you a limited number of choices. You may have the ability to select a size or coffee strength and choose from a handful of additions – like sugar, honey, or ghee – but that may be the extent of the decision-making.

In some larger cities, you may find cafés with espresso machines and broader menus. In these cases, you’ll usually find familiar options, like americanos and macchiatos. However, what you’ll find does vary, particularly when it comes to additions like milk.

Usually, it’s hard to make a misstep when ordering coffee in Ethiopia. In most cases, the biggest mistake you can make is expecting an entirely “western” experience. For example, you won’t find a range of milk options or milk alternatives available or a slew of flavored syrups. Instead, your customization options are limited, usually focusing on the strength of the coffee and the presence of lack of simple additions, like sugar.

If you’re looking for the best Ethiopian coffee, there are plenty of brands worth considering. One particularly popular option is Volcanica Yirgacheffe. It’s a rich, hearty coffee with a hint of cinnamon flavor, making it a unique experience.

Coffee Bean Direct also has a delectable Ethiopian coffee. The Dark Ethiopian Yirgacheffe is organic and fair trade. Plus, it’s slow-roasted to imbue it with flavor. These beans are oilier than some people may expect, so keep that in mind if you’re used to dry roasts instead.

If you’re looking for a light roast, Cooper’s Ethiopian light roast is an excellent option. The flavor is a bit more delicate, offering some intriguing citrus notes coupled with a light sweetness. Along with being single-origin, it’s also micro-lot, meaning every bean in your coffee came from just one farm. For some, that makes every cup feel more meaningful and unique, adding a bit of something extra to the overall experience. 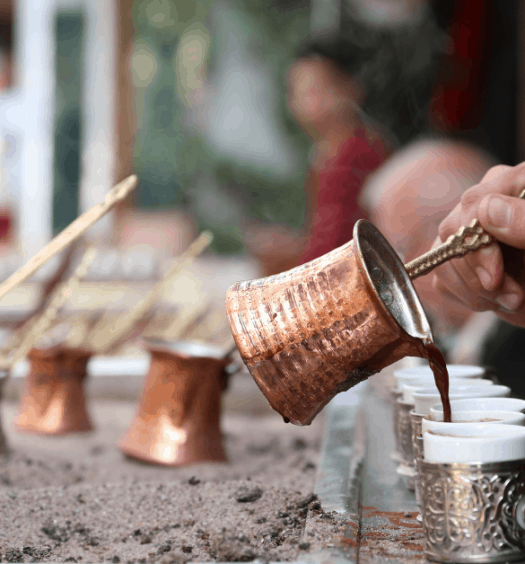 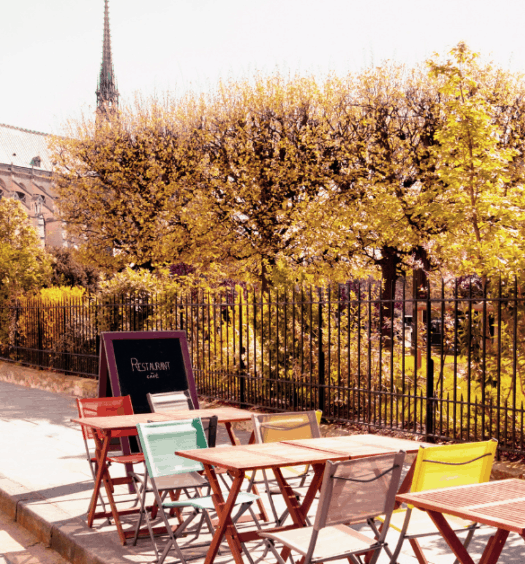