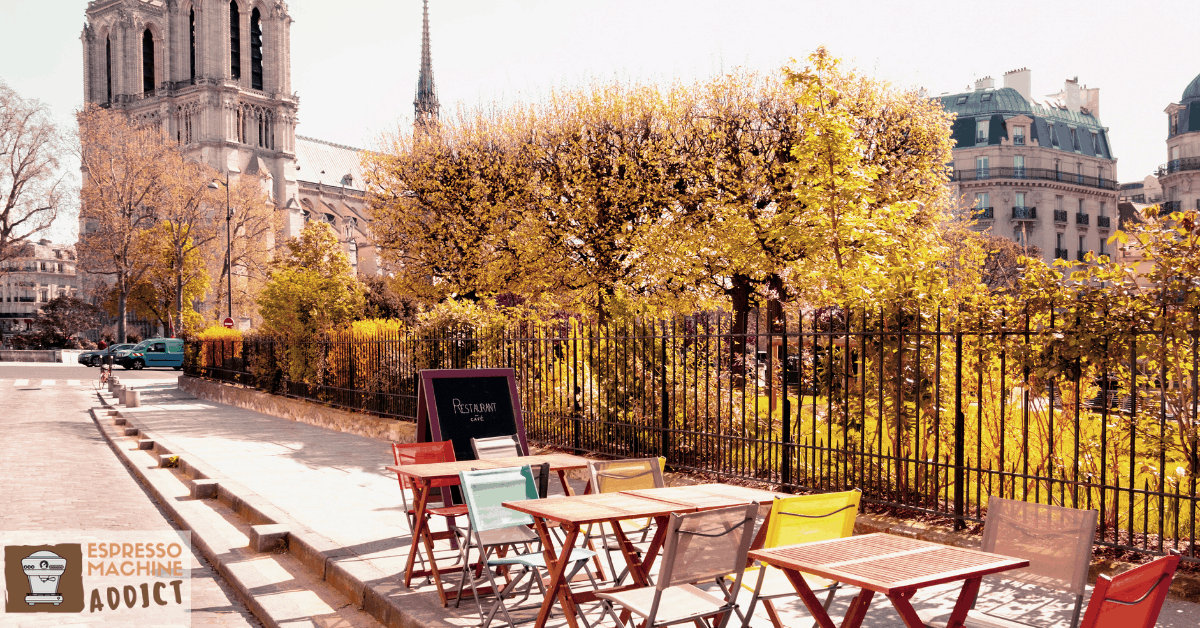 When people imagine lovely coffee cafes, they typically envision a person gently holding a mug while seated outside at a wrought-iron bistro table in Paris. The window of the café where they purchased their coffee beverage is in the background, and they seem removed from the hustle and bustle of people skittering by. The image is soothing, relaxing, and comforting.

But is that really what café culture in France is like? Or is the French coffee experience something different? If you’re curious about questions like that, you’re in luck. Come with us as we explore French café culture and the coffees that go with it. 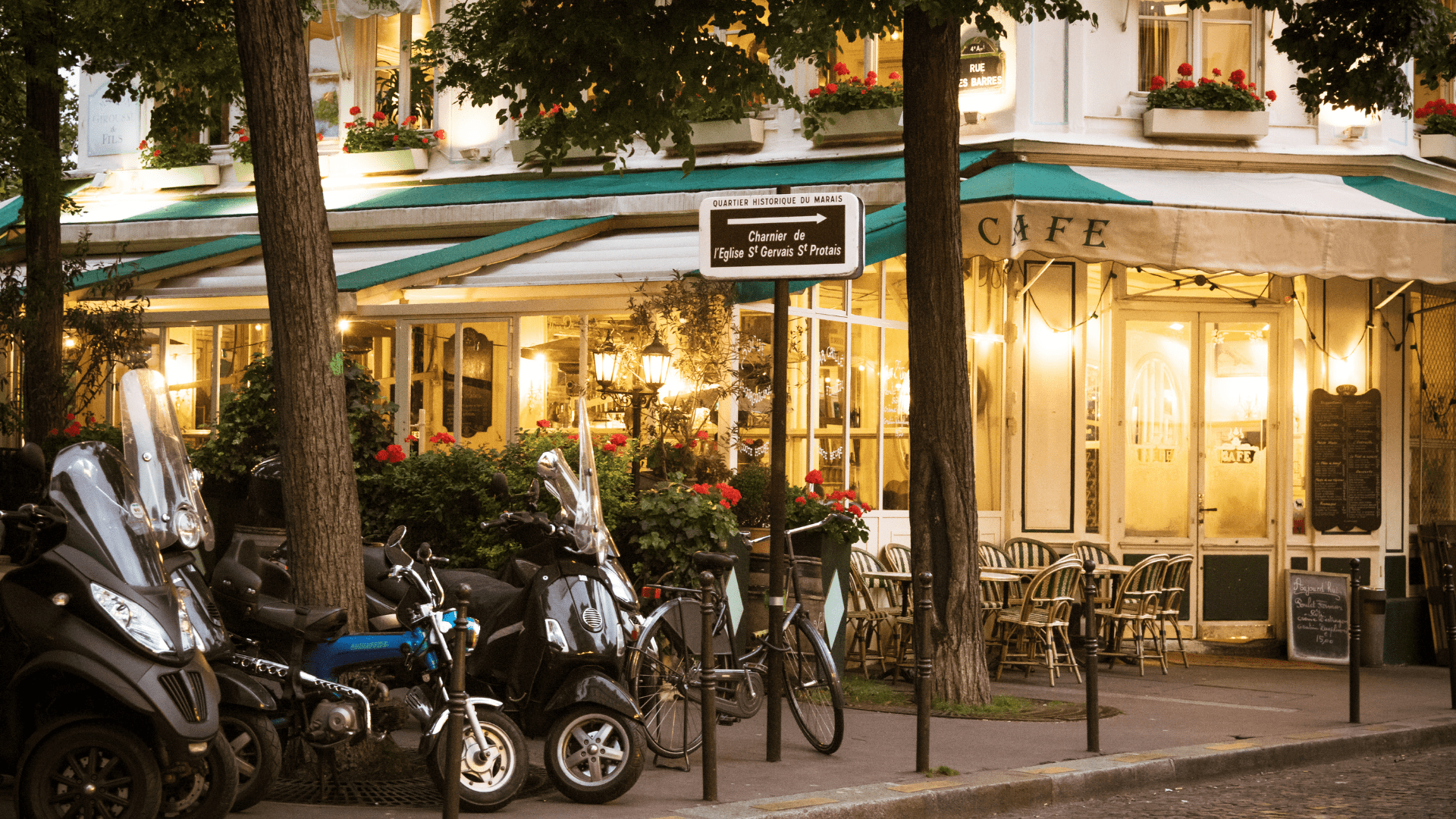 While many cultures embrace constantly being on the go, there’s one thing the French hold sacred: food and drink. In much of France, meal and beverage times are often considered an experience worth savoring, giving us that quintessential image of the Parisian café-goer sipping their drink while watching people pass by.

However, café culture in France also involves a level of etiquette that you may not see in every other country. There’s a nuance to the experience, as well as expectations of café-owners and French café-goers. While you won’t face much criticism during your first visit, if you begin frequenting the same café, you’ll want to get the hang of it.

It’s also important to note that coffee drinks with a significant amount of milk are usually only consumed in the morning. Additionally, espresso is typically an after-meal or solo drink, so it isn’t ordered with food in most cases.

Traditional French cafés don’t typically feature to-go options. Instead, café culture is about enjoying the experience. If you’re looking for a quick cup you can take with you, focus on larger international chains. And if those aren’t available in the city you’re visiting, it’s best to assume takeaway isn’t an option.

Types of Coffee in France

Generally speaking, French coffee beverages are often similar to what you’ll find elsewhere. Their names may be different, and they may be some minor variations when it comes to approach. Still, they are usually pretty close to what you’d expect to find in cafes all around the world.

If you’re looking for essentially an espresso shot, you can order “un café.” A “café crème” is fairly close to a latte, while a “café au lait” can either be latte-like or may simply be a filtered or pressed coffee with a dash of warm milk.

Generally, a French café is going to have a few options on the menu, often including:

It is important to note that, while large café chains or cafes in major cities like Paris may be able to offer vegan alternatives to milk – like soy milk or nut milks – not all cafes have those available. Most traditional coffee shops in smaller cities don’t see enough demand to stock these items, so it isn’t wise to expect they’ll be available.

Generally speaking, French and Italian coffee has a lot in common. Often, the goal of cafes is to achieve a velvety richness. Additionally, like the Italians, French cafes tend to shy away from flavored syrups that you often find at options like Starbucks.

In France, coffee culture is more about the indulgence than the complexity of the beverage. It’s about stepping away from your hectic day and stealing a moment for yourself. Whether you simply enjoy the drink, decide to people-watch, or squeeze in some reading, it’s all about doing something for you. Lingering is perfectly acceptable, so don’t ever feel like you need to hurry as you usually don’t.

Now, this doesn’t mean you can’t get a quick caffeine hit while drinking your coffee at the bar. Instead, it just isn’t the typical approach. 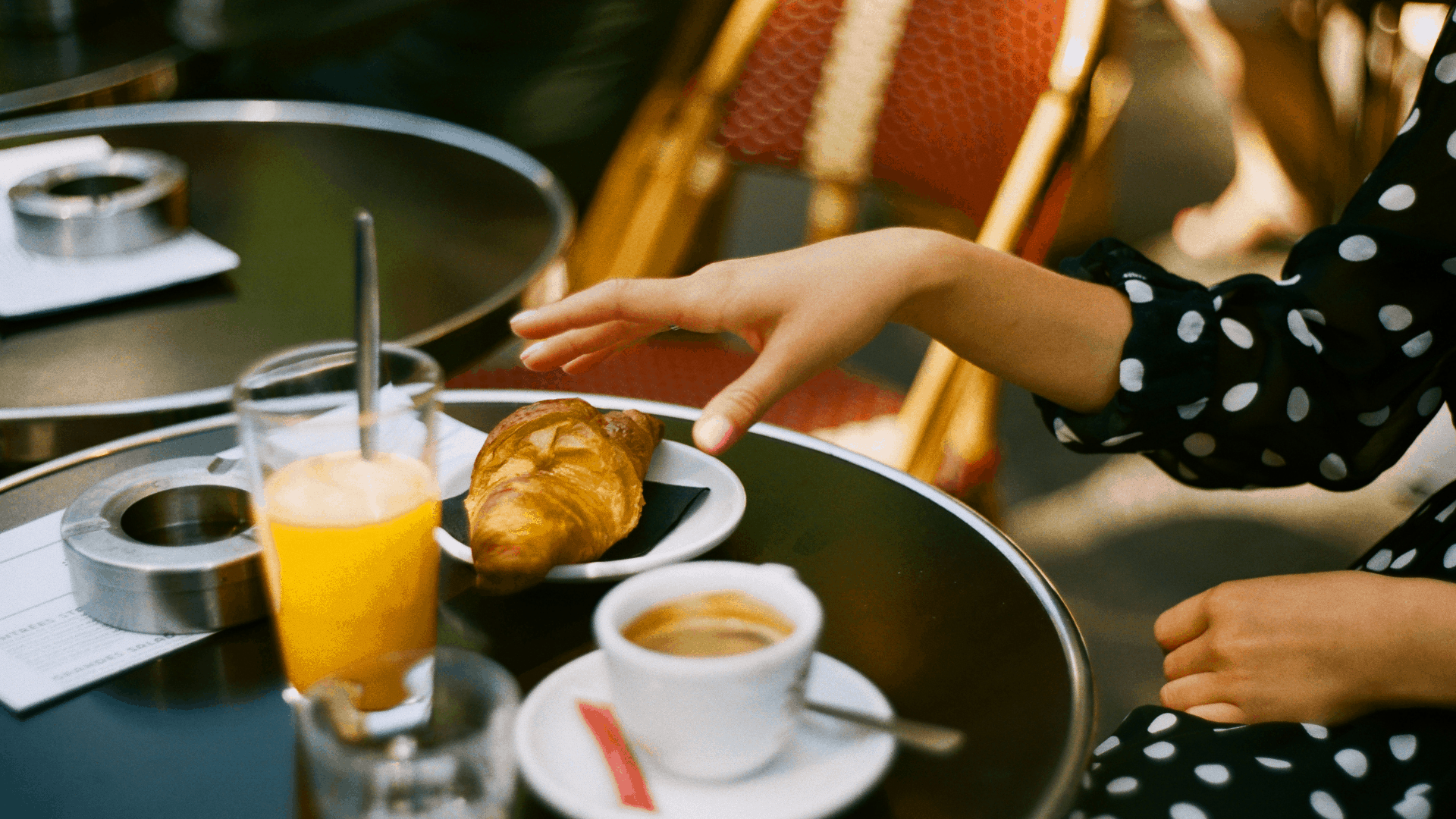 How to Order Coffee in France

As mentioned above, there’s a level of etiquette that goes with ordering coffee in France. For many visitors, the preferred approach will be a bit unfamiliar. However, it usually doesn’t take much time to get comfortable with it.

Whenever you enter a café in France (or any other kind of establishment), quickly offer a greeting to the proprietor, greeter, or waitstaff, as it’s considered rude not to begin with a pleasant exchange. A simple “bonjour” is typically enough to start the experience off on the right foot.

Next, don’t automatically proceed to the bar to order. Usually, bar orders are meant to be consumed quickly, so people ordering there commonly plan on finishing up fast and without much need for additional services from waitstaff. As a result, the price for the drink may be lower at the bar than at the table.

Since there’s frequently a discounted price for bar orders, taking that drink to a table after it’s made is a serious faux pas. If you prefer to have a seat and potentially linger, head to a table. Then, give your order to the waiter.

However, do make sure that the table is available before you sit, even if no one is currently seated there. Some cafes have tables that they designate for diners who plan to enjoy more than a cup of coffee and a small pastry. If you see glasses or cutlery on the table, don’t have a seat there unless you intend to order food.

When you head to the bar or the waiter arrives, make sure to say please when you ask for your drink. Usually, the easiest way to go is to state the beverage you’d like and then follow it up immediately with “s’il vous plaît’” to ensure you cover your bases.

Once your drink arrives, express your appreciation. A quick “je vous remercie” should do the trick.

In many cases, your waiter will bring your bill along with your drink. Now, this doesn’t mean you have to pay immediately or hurry while enjoying your beverage. Usually, it’s meant to be a convenience, ensuring you can settle up whenever you’re ready to do so without having to wait for them. 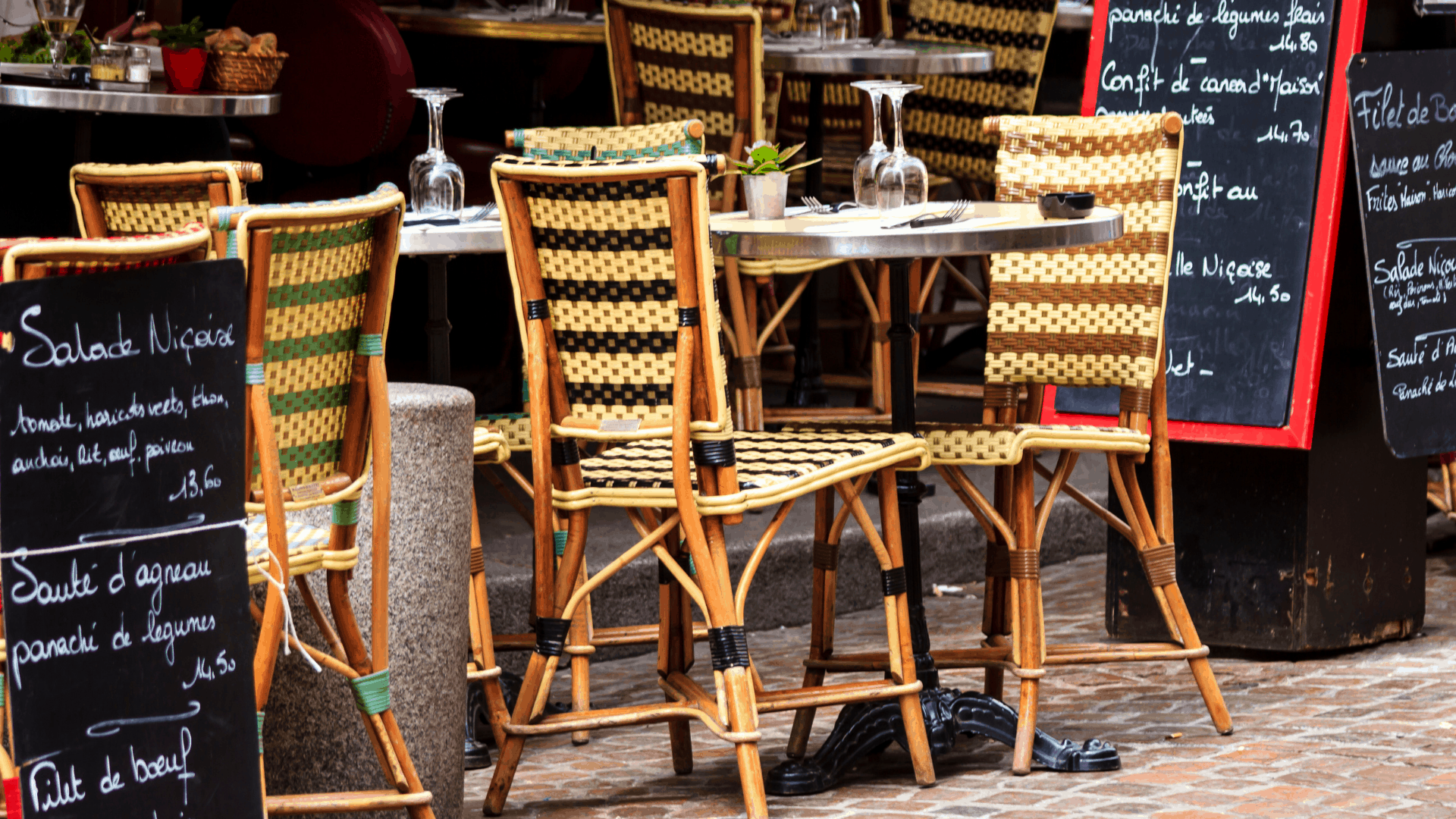 Usually, the biggest coffee ordering mistakes in France involve a lack of common courtesy. Not saying “hello” when you first arrive is perceived as rude and will potentially impact the quality of your whole experience. Similarly, a lack of a “please” and “thank you” won’t reflect well on you and can further diminish your experience.

Otherwise, ordering a coffee drink with a lot of milk in the afternoon may lead to some odd looks. Similarly, requesting espresso with your meal will be seen as strange. However, these are often minor faux pas, and many places will overlook them if you’re polite. 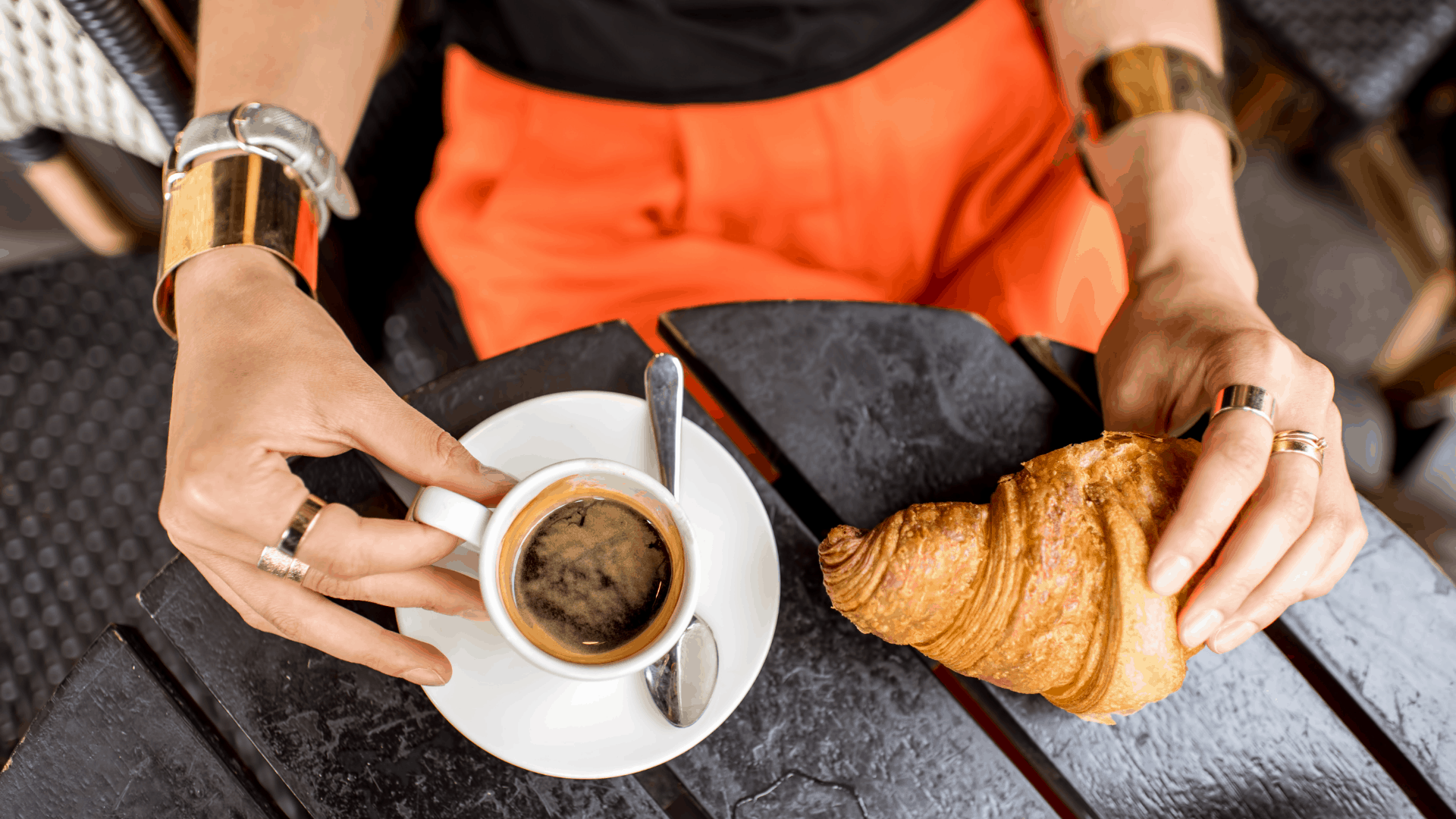 Coffee culture in France isn’t just relegated to the country; it extends further thanks to the amazing brands available internationally. Along with being favorites at home, these French coffee brands bring some of the best of what France has to offer to the table.

When it comes to highly desirable French coffee brands, Carte Noire stands out from the pack. The company is a leader in premium roasts, offering up indulgent flavors that embody the Parisian café experience.

Grand’Mère Familial is another standout due to its smoothness and undeniable delectability. It’s one of France’s oldest coffee roasters, featuring a rich yet simple taste that perfectly represents the French coffee seen.

Maison de Café is also an incredibly popular option. Not only do the French adore it, but it also has fans all across the globe. The coffee is both silky and robust, making it a great option for anyone who enjoys French coffee flavors. 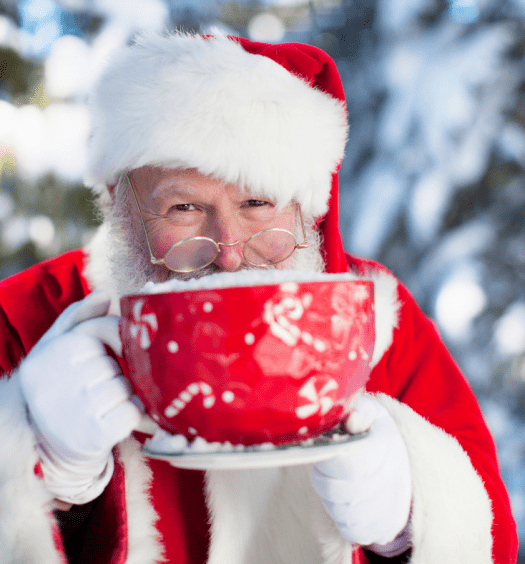 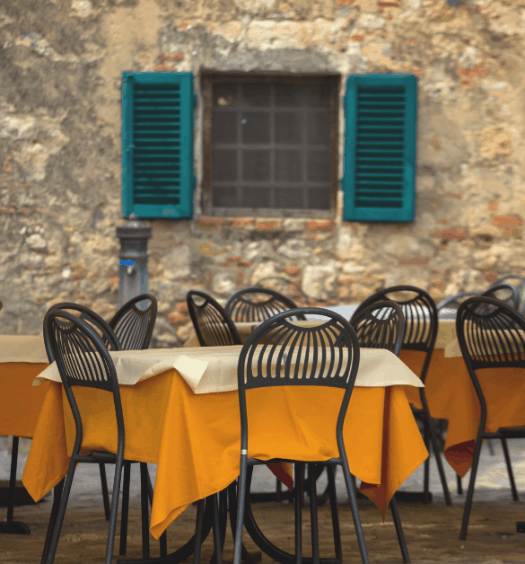