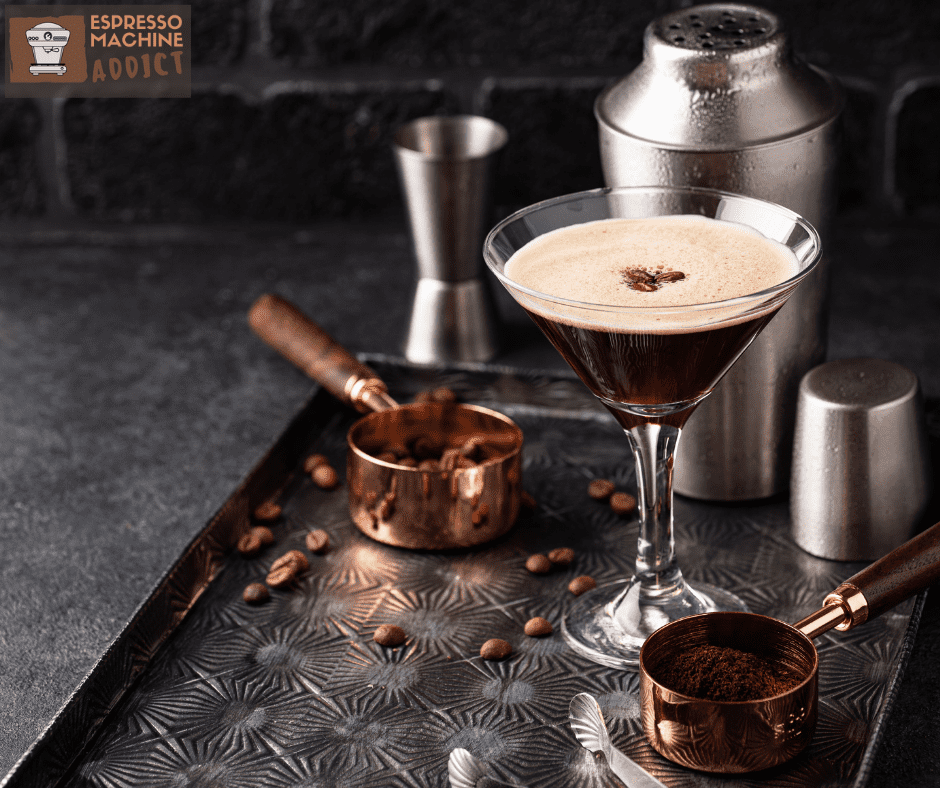 Everything You Need to Make the Ultimate Espresso Martini

Everything You Need to Make the Ultimate Espresso Martini

If you’re looking for the best espresso martini recipe, you’ve come to the right place. This delicious drink is surprisingly simple to create. However, if you’re looking to elevate the experience, it’s best to look past the basics and find a recipe with that little bit of something extra.

Here’s everything you need to know about this delectable creation, including a bit about its history, why it’s popular, and how to make an espresso martini at home.

The Origin of the Espresso Martini

Bradsell was a British bartender who decided to combine vodka, coffee, and coffee liqueur, creating a soon-to-be favorite among Soho club goers. While the details aren’t clear, it’s said that he made the drink – originally referred to as a vodka espresso – for a model who approached the bar asking for a pick-me-up. When some relay the tale, they claim that Naomi Campbell or Kate Moss was the model in question. However, the timeline doesn’t add up in either case, as they both would have been underage during the early 1980s.

Ultimately, it isn’t clear whether a model was involved at all. However, regardless of why the espresso martini leaped into existence, it was quickly a hit.

As Bradsell made his way through the burgeoning British cocktail scene, word of his creation spread. Not long after its creation, the espresso martini was making its way onto menus across London bars, eventually spreading through Europe and crossing the proverbial pond to reach the United States.

It’s important to note that while it’s referred to as a martini, the espresso martini isn’t a true martini. Classically, martinis feature gin and vermouth, neither of which makes its way into the coffee cocktail.

So, you may be wondering why it’s called an espresso martini. Ultimately, it’s due to a trend where people began calling anything in the traditional triangle-shaped martini glass a martini, regardless of its components or flavor profile. Hence, the vodka espresso was soon known as the espresso martini. Why the Espresso Martini Gained Popularity

While it’s easy to see why coffee fans would adore a well-made espresso martini, its popularity is based on more than just flavor. Unlike many other cocktails, the espresso martini offered an exceptional taste, a bit of sugar, and a solid dose of caffeine. That last aspect was a hit for those who wanted to stay up until the early morning hours.

Additionally, the drink arrived on the scene during a cocktail resurgence. Cocktails weren’t taken particularly seriously during the 1970s and into the 1980s. However, the mood started to shift as the 1980s progressed, reaching the 1990s where other martini-esque drinks – such as the appletini – became widely accepted and sought after.

While the 1990s are a bit more than a stone’s throw away, the espresso martini has maintained its place as a favorite drink for many. In some cases, this is due to the rise of a new kind of coffee culture, a movement that gained traction in the early 1990s and 2000s as cafés like Starbucks started making their way onto every corner.

Since then, coffee wasn’t just a pick-me-up. In some cases, it became a type of status symbol. In others, a magnificent indulgence. Since cocktails and indulgence often go hand-in-hand, the espresso martini has truly come into its own.

Plus, the espresso martini recipe is highly versatile and adaptable. As a result, people can adjust it to suit their tastes, giving them plenty of flavor flexibility while maintaining precisely what made the original special – amazing coffee flavor. What You Need to Make an Espresso Martini (Besides Ingredients)

While the ingredients in an espresso martini are critical for creating the drink, you also need the right tools. So, if you want to make the perfect espresso martini, you’ll want to get the following:

If you’re planning on making multiple espresso martinis in a row, whiskey stones are a wise addition. They’ll chill the drink without melting.

While the original espresso martini recipe was a combination of coffee, vodka, and coffee liqueur, the drink has evolved a bit since then. The flavors have been adjusted, creating cocktails with incredible depth of flavor while still paying homage to the drink’s roots.

If you’re looking for a classic coffee espresso martini with that extra bit of oomph, here’s a recipe to get you started:

If you prefer, you can substitute the vodka for another alcohol. Both bourbon and whiskey can be great options if vodka isn’t your style, so keep that in mind if you want to add a subtle twist to the recipe above.

It’s also critical to note that vigorous shaking is a vital part of the equation. If you’re wondering, “What makes espresso martini frothy?” the answer is the natural oils in the coffee and the shaking, which allows the oils to combine with air to create a creamy foam.

*You can top your espresso martini with a couple of coffee beans. 10 Tips to Make the Best Iced Coffee at Home