There is some debate about the initial arrival of coffee in Cuba, with some dating back to the late 15th or mid-16th century. However, coffee production is known to have a formal place in the country’s economy since the mid-18th century. Regardless of its initial arrival, it was ultimately priming the development of a strong coffee culture in Cuba.

Production was boosted several times during the nation’s history. Along with influence from French farmers fleeing the Haitian revolution, growth continued throughout the 19th and 20th centuries, spurred partially by exports.

With the arrival of the Cuban revolution, coffee production was nationalized, leading to a steady decline. While exports have diminished greatly, coffee remained popular among residents. Additionally, those who left Cuba brought their love for coffee with them, allowing the Cuban coffee culture to emerge in their new homes.

Ultimately, coffee culture in Cuba is, in a word, fascinating. If you’re curious about it, here’s what you need to know about coffee from Cuba and the people that adore it. Cuban coffee culture is one steeped in history. It’s been a part of the landscape for so long that it’s often viewed as a foundational element of everyday living. This is particularly true in the Sierra Maestra Mountain region, which provides optimal growing conditions for coffee and has long been home to flourishing plantations.

In many Sierra Maestra towns, the tradition of handpicking coffee lives on for several reasons. The steep hills make mechanical collection difficult. Additionally, many Cubans in the area can’t afford the equipment necessary to go about it any other way.

When it comes to coffee consumption, it’s ubiquitous in daily life. Many Cubans have several servings of Cuban coffee every day, often alongside pan tostado – a toasted bread – or with meals, including lunch and dinner.

Some also prefer to drink a large glass of cold water before enjoying their coffee. This allows them to cleanse the palate, ensuring they can fully enjoy their coffee. In this regard, coffee is treated as an experience to be savored.

Additionally, socializing with family and friends is a traditional part of the experience, giving coffee culture in Cuba a relaxed, social vibe. It’s about having an enjoyable moment while creating opportunities to catch up with loved ones whenever possible.

Like most countries with long-standing coffee cultures, Cuba has specific drinks that are part of their traditional experience. Each features coffee with the same base features, though there are some differences between the classic drinks you often find at Cuban cafés. As for the question, “What is Cuban coffee called?” the answer depends on the drink in question. Café Cubano is one of the popular names. However, some may also be referred to as cafecito or Cubano espresso.

Generally, espresso Cubano is sweetened during the brewing process. Most also rely on a cafeteria moka, a stove-top Italian-style espresso maker. As the first few drops of espresso emerge, they’re added to a cup holding some demerara sugar. That mixture is vigorously beaten, creating espuma, a thick foam. Once the rest of the espresso is ready, it’s added to the cup to make the drink.

In the end, that makes Cuban coffee much stronger than some alternatives. Since that’s the case, it’s classically served in demitasse cups or similar smaller vessels. Otherwise, larger quantities featuring multiple servings – called a colada – may come with several smaller glasses for serving. However, there are other Cuban coffee drinks. A cortadito adds milk to a Cafecito. Café con leche also involves milk, though in quantities far above the amount of coffee.

How to Order Coffee in Cuba

Ordering coffee in Cuba is incredibly straightforward. In most cases, the most important factor to consider is the strength of the drink, ensuring you don’t order more than you can handle.

Additionally, it’s typically best to stick with four classic coffee orders: the cafecito, colada, cortadito, and café con leche. Those are the foundation of Cuban coffee, so limiting yourself to those in a Cuban café ensures you’re focused on the traditional experience.

Otherwise, you have some flexibility. Some cafés focus on a leisurely dine-in-style experience, while others openly embrace to-go culture through simple counter service. Just make sure you select a café with your type of service in mind. Overall, there aren’t many mistakes you can make when ordering Cuba coffee if you stick with traditional beverages. However, if you try to branch out into other espresso drinks, you may be committing a faux pas.

Many traditional Cuban cafés aren’t equipped to offer lattes, cappuccinos, mochas, and similar favorites people often find at international chains. While you may not outright offend, requesting them will likely raise an eyebrow, at a minimum.

Similarly, if you order a colada, you’re going to catch people’s attention if you drink directly from the larger cup. As mentioned above, a colada is a multi-serving option, usually including enough for six to eight shots of potent Cuban espresso. If you forgo the small serving glasses and simply take a swig, people will assume you aren’t familiar with what you ordered, which isn’t an ideal impression.

Many people want to have an authentic Cuban coffee experience at home, leading them to seek out locally-grown beans that they can enjoy whenever the mood strikes. While that’s a common goal among fans of international coffees, it’s actually easier said than done in this case.

Finding the best Cuban coffee brands outside of Cuba is legitimately challenging. Two of the most well-known options were actually purchased by American companies, which rely heavily on Arabica beans sourced elsewhere.

Plus, while exports are increasing, the supply is relatively limited. Even if you’re open to purchasing Cuban coffee online, you’re more likely to find Cuban-style options featuring beans from elsewhere. 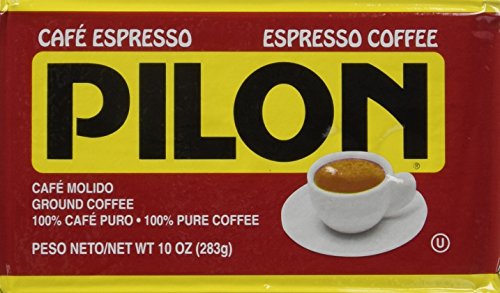 Café La Llave and Mayorga are also some of the best Cuban espresso and coffee bean options around from a style perspective. While not fully authentic, the end result is based on Cuban traditions, making it a solid choice. 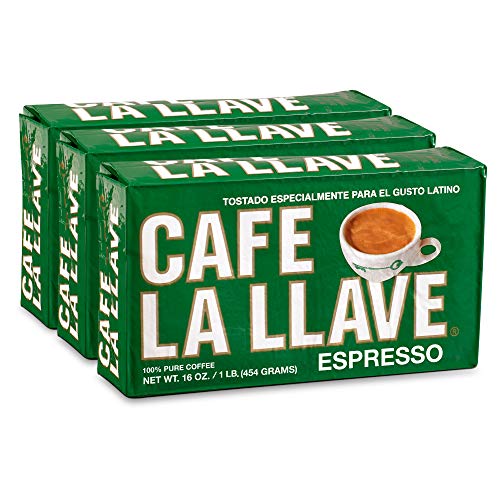 Cubita may sometimes show up on popular sites like Amazon, though that isn’t guaranteed. If you live in Florida – where the Cuban population is sizeable – you may have some luck at Latin stores. Otherwise, hunting this option down may take far more work than you’d expect.